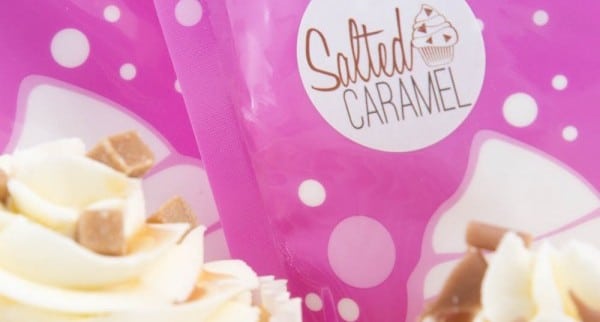 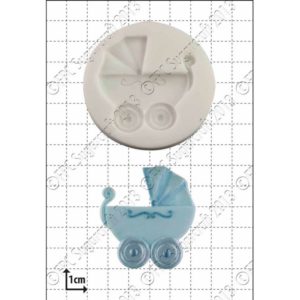 The picture shows the mould itself, together with a coloured sugarpaste example of what can be produced. Impressions are shown for illustration only and are not included in the sale. An indication of the mould size and sugarcraft impression is given in the image above. The background grid shows squares 1cm x 1cm (approximately 0.4 x 0.4 inches).

Dust the mould with a little cornstarch and tap out the excess.

Start with a ball of fondant and begin easing it into the mould. Keep the fingers of both hands dusted with cornstarch so that the fondant stays in the mould and doesn’t stick to your hands.

Once the mould is full of fondant, use a cornstarch-dusted rolling pin to roll over the shape and press it firmly into the mould. Dusting the rolling pin ensures the fondant doesn’t stick and lift out of the mould.

Take a clean, dry, sharp knife and dust it with cornstarch. Lay the blade flat on the surface of the mould and carefully cut away the excess fondant, using a gentle sawing action. For large moulds like this, it’s sometimes worth stopping halfway through to clean, dry and dust the blade again.

Cutting off the excess fondant will likely leave a few rough edges. Dust your fingers with cornstarch and rub all the edges to smooth them.

Bend the mould back on itself and the fondant should fall out. It might be necessary to ease it out at first with the end of a knife. If the fondant will not turn out, leave it in the mould for a few minutes and try again.